Linton won the Bury Jamboree on 8 September, retaining the trophy we won last year.  Our two teams finished first and second out of twelve competing.

Kevin, Giulio, Aarnavh, Paul McMahon and Patrick all won all three of their games. 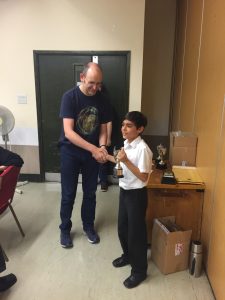 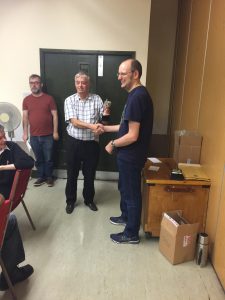 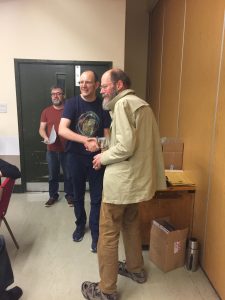 In this event entrants play three Rapidplay games against members of other clubs.

Linton won with a score of 11.5 out of 12, with Cambridge and Ely coming joint second.

Ashley Stewart, Paul Kemp, and Patrick Ribbands each won all three of their games.

Further information and pictures are available at Suffolk Chess.